We aren’t so different, you and I

You’re busy. I’m busy. Me? I’m in my mid-30s going into my 40s. Last year I flew on 120+ flights. I’ve run companies, funded companies, advised companies, and currently I work for a company — a really cool one actually! My wife and I have a four year old who is a awesome and a ball of energy! I live near my parents, brother and his girlfriend and grandmother. Two years ago I found myself in a challenging health situation: I was tired. Really tired. I thought it would pass, I thought I would outwork my lethargy. Guess what? It didn’t and I couldn’t.

Here’s the headline: My success had everything to do with my making a decision. One decision. I didn’t like where things were and so I flipped the reality in my head. I spent two years on this project. I now feel like a superman!

The story begins December, 2014, almost two years ago. I had come the realization that with all the impact I wanted to have on the world it would boil down to two things: energy and time. Energy was something I was low on and if things continued as they were I wouldn’t have much time. So I looked at my health; something I hadn’t taken much care of and said, “This isn’t working”. I was sleeping ~5 hours/night, sometimes less; I was dehydrated; my diet was “eat what I see”; and exercise, what was that? Maybe you are, or have been in this boat.

All signs pointed to no recovery of energy and the time line was questionable. Even if I did get all the time I knew my later years would be filled with regret. Nope! Not for me. I started to take note of what my life would look like if everything was the opposite. If I slept the right amount for me, fully hydrated every day, eating food that would support incredible amounts of energy, and exercising the right amount, in the right way. The decision was made then: I was going to live the rest of my life as the most energetic version of myself.

I did a number of things through 2015 and my body started to transform. And then, January 2016 enter Arivale. I joined the company and am completely bought into our vision of helping people live life’s filled with joyful moments. I signed up and started working with the incredible Coach Julia. I explicitly stated my goals were to optimize my energy and the purpose was clear: achieve incredible professional goals and be fully alive and present with my family.

I’m fundamentally a believer in coaching. In fact, my rule is this: if you’re afraid of something, get a coach for it. Simple as that.

Step 1: I tracked my activity, sleep and resting heart rate with my Fitbit. I worked on hydration — drinking plenty of water and getting adequate sleep to increase my energy levels. The focus was there and after a couple months I could feel the difference. On my own I starting a morning routine that included walking, a gratitude practice, self-reflection and a nourishing breakfast.

Step 2: Julia helped me connect the dots between bio-markers and genetic variants that helped me focus on and modify my diet to improve them. Julia was amazing in supporting me with ongoing education, helping select menu items at restaurants, snacks and meals to pack when traveling to help me continue toward my goals.

Step 3: A saliva test revealed that my cortisol looked great and a microbiome sample showed a high level of gut bacteria diversity. Even with this knowledge the diet shifted to a high amounts of real/whole foods.

Step 4: I increased the activity from nothing to walking to 30 minutes a day, 6 days a week of high intensity interval training. I’ve now been going strong on the exercise more than 100+ days. I’ve never worked out this consistently in my life!

With all these changes over the year my energy was increasing, mental clarity improved and my digestion was getting better (poor digestion would be an entire post! Maybe another time).

Given how much data I received I want to share some highlights:

Also, my blood sugars decreased and I optimized my omega 3 status. Without trying, I lost 9 pounds. So after my second year focused on health (and my first in Arivale) I’ve lowered my risk for heart disease and diabetes and my energy levels are close to where they were four years ago!

What Does this Mean for you?

You may point to the tactical stuff assigned to me. I know plenty of people that have the playbook and can’t execute. You may point to my ability to buy the program. Again, I know plenty of people with the financial means who never make it happen. This is 100% about making a decision to take ownership of your health, of your life. That’s what happened in 2014 — I made a decision to live the rest of my life as the most energetic version of myself.

Over the last two years I’ve learned that nothing is more important than your health. In the game of life it’s the foundation for everything. For some, money still may be the bottleneck. To that I say, before you buy that electronic device, book that extra trip, buy something fancy that isn’t a MUST HAVE, it might be worth taking a step back and seeing how you can make a strong commitment to your health. The first step is making a decision. The rest will fall in to place.

Would love to hear your thoughts on all of this. Leave a response, or shoot me a message 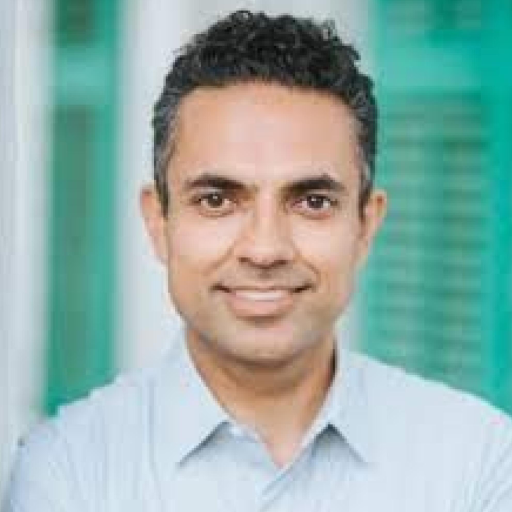 Join the newsletter to receive the latest updates in your inbox.

Join the newsletter to receive the latest updates in your inbox.

Aligning your company around a go to market strategy

How do you grow a B2B SaaS business quickly?